US businesses accused of pandemic profiteering

Retailers and suppliers in the US are facing a blizzard of lawsuits and enforcement actions over accusations of profiteering as industry data show average prices of a range of household goods have risen sharply during the pandemic.

Authorities across the country have brought hundreds of actions over alleged breaches of “price gouging” rules on products including face masks, disinfectant and toilet paper.

In New York City alone, the department of consumer and worker protection said that since March, it had put about 3,000 retail outlets on notice over gouging law violations.

The allegations of overcharging have emerged as industry data seen by the Financial Times show how much more shoppers are paying for a range of hygiene products.

We’re not telling businesses not to make a profit. What we’re saying is that you cannot make a quick buck on the backs of people who are already going through financial struggles and during a state of emergency

According to data from Nielsen, in the 34-week period from March, average in-store prices have risen 53 per cent year-on-year for hand sanitiser, 21 per cent for bleach and 19 per cent for paper towels. Prices of laundry detergent and dishwashing soap are up 10 per cent. Nielsen said the trend was in part being fuelled by fewer promotional offers.

The price increases do not necessarily breach gouging rules, which vary from state to state but typically prohibit companies from increasing prices beyond a certain threshold after an emergency has been declared.

In New York and California, gouging rules prohibit increases of more than 10 per cent for many consumer goods and services. In other jurisdictions the threshold is higher: in Alabama it is 25 per cent. Several states, including Texas, bar “excessive” price rises without specifying a particular level.

But businesses argue in their defence that their own costs have risen.

“It may be totally justified based on the difficulty in doing business during this time,” said Brian Mahanna, partner at the law firm WilmerHale.

Critics of price controls argue that the measures are counter-productive because they encourage consumer hoarding and discourage manufacturers from expanding production.

Several large consumer goods companies have said they are not seeking to profit from the coronavirus crisis through higher prices. US bleach maker Clorox, for example, said it had not and would not increase the prices of any products during the pandemic. 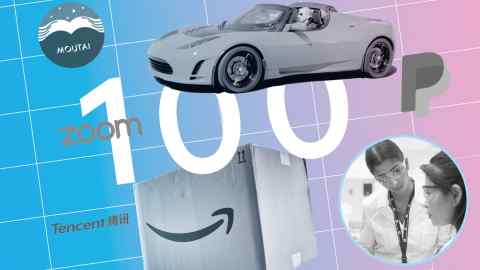 “We’re committed to ensuring that consumers have our brand during a recessionary time at the right value, not taking [increasing] pricing during a pandemic,” Linda Rendle, chief executive, told investors this month. “It’s to do the right thing.”

Smaller operators, however, have fallen under authorities’ crosshairs. North Carolina’s attorney-general said recently that Stephen Gould Corporation had paid $150,000 following allegations that it had offered millions of N95 masks for sale at mark-ups of more than 100 per cent.

Michigan’s attorney-general said last month that he had reached a settlement with AM Cleaning & Supplies after receiving complaints the equipment supplier was advertising hand sanitiser for as much as $60 a bottle.

Excessive prices have been a particular problem online, where some sellers were charging “ridiculous” amounts, said Grace Brombach, consumer watchdog associate at US PIRG, a federation of research groups. “Unfortunately people are paying because they’re desperate,” she said.

Lorelei Salas, commissioner of New York City’s department of consumer and worker protection, said: “We’re not telling businesses not to make a profit. What we’re saying is that you cannot make a quick buck on the backs of people who are already going through financial struggles and during a state of emergency.”