The covid-19 pandemic will be over by the end of 2021, says Bill Gates 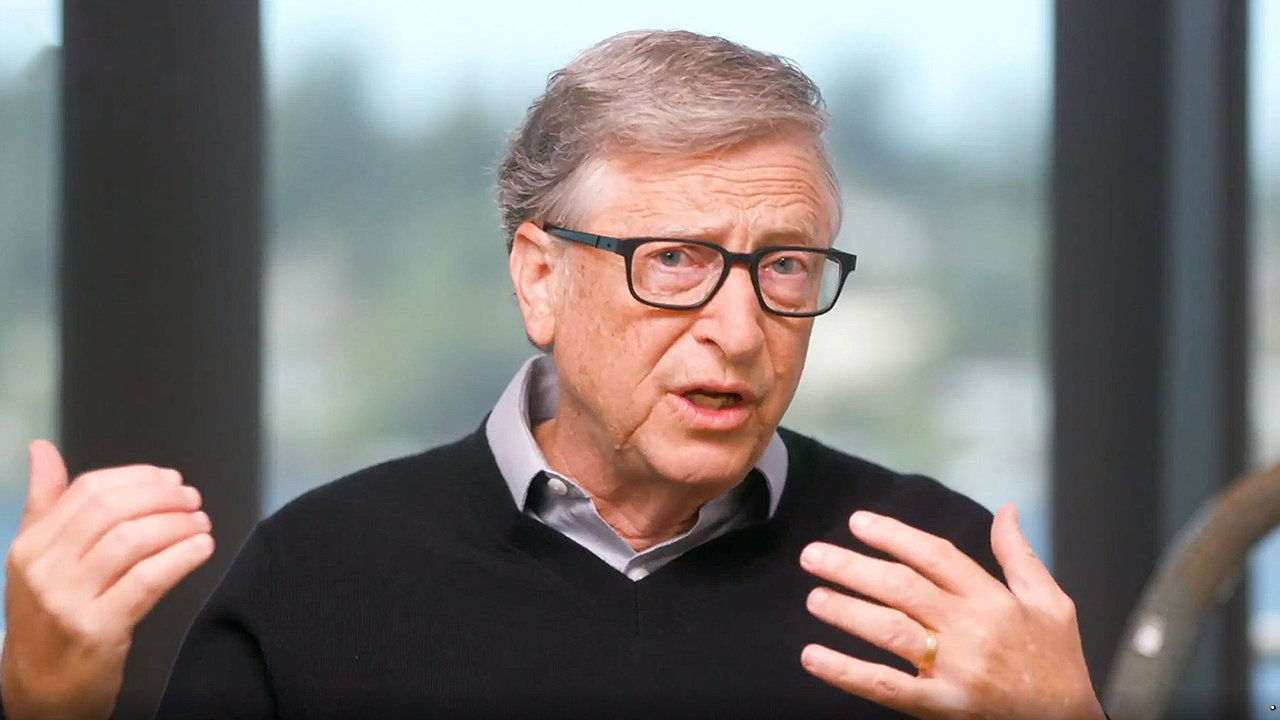 MILLIONS MORE are going to die before the covid-19 pandemic is over. That is the stark message of Bill Gates, a co-founder of Microsoft and one of the world’s largest philanthropists via the Bill & Melinda Gates Foundation, in an interview with Zanny Minton Beddoes, The Economist’s editor-in-chief, in early August. Most of these deaths, he said, would be caused not by the disease itself, but by the further strain on health-care systems and economies that were already struggling. He also lamented the politicisation of the response to the virus in America, and the spread of conspiracy theories—some implicating him—both of which have slowed efforts to contain the disease’s spread. But he offered reasons for hope in the medium term, predicting that by the end of 2021 a reasonably effective vaccine would be in mass production, and a large enough share of the world’s population would be immunised to halt the pandemic in its tracks.

Mr Gates had spent much of his time thinking about viruses, and vaccines, well before the novel coronavirus was first detected in Wuhan in the Chinese province of Hubei late last year. The Gates Foundation is central to the global alliance trying to eradicate polio by vaccinating everyone and to ease the burden of malaria and find a vaccine against it. It is several years since he warned that a new disease causing a global pandemic was a matter of when, not if, and called for the world to hold “Germ Games” along the lines of the wargames carried out by armies. The foundation has already pledged more than $350m to the covid-19 pandemic response, much of which is focused on reducing its impact in the developing world. But more is needed. “We all need to spend billions to get the vaccine out to save the trillions that the economic damage is doing,” he says.

Patchy data make it hard to assess the true extent of the damage in many poor countries. By August 17th the Africa Centres for Disease Control and Prevention, a public-health body, had recorded over 1m cases and over 25,000 covid-19 deaths in Africa. In India, almost 52,000 are recorded to have died from the disease. The true number in both places is probably much higher. But the coronavirus is not the only deadly force at play in the pandemic-struck developing world. The millions of deaths that Mr Gates predicts will be caused not only directly by covid-19, but by the knock-on effects. Almost 90% will be indirect deaths, he says. Lockdowns will reduce access to immunisation and medicine for other diseases. Deaths from malaria and HIV will rise. Lower agricultural productivity will see hunger spread and education rates fall. When it comes to the fight against poverty, the virus could wipe out a decade of gains.

To mitigate that risk, Mr Gates is calling on rich countries to buy vaccines for poor ones. This is not entirely altruistic: if some countries remain reservoirs for the disease, it will continue to pop up again in others. If vaccines are priced high enough in rich countries to cover the fixed costs of production—clinical trials, building factories and so on—then the marginal cost of supplying poor countries would be relatively modest: of the order of $10bn-12bn in total. He sees the bulk of that money coming from America, which he also gives “by far the highest grade” on research and development for a vaccine, accounting for 80% of the global total. He hopes to see money pledged to buy vaccines for the poor world in Congress’s next supplemental spending bill.

Whether that happens depends on politics. Congressional negotiations on America’s next stimulus package have been stalled for weeks. The country’s stark political polarisation has complicated its response to the virus, introducing problems that other countries do not face. The simple act of wearing a mask has become a political statement, rather than a matter of seeking and then following expert advice, as is the case almost everywhere else. Depressingly, Mr Gates thinks that this cannot be undone, even if November’s election means a change of direction at the top. Once public trust is lost, and a policy has shifted from the realms of cost-benefit analyses into partisanship, it is not easy to reverse. Under a Joe Biden presidency, Mr Gates thinks, refusing to wear a mask might become a way for supporters of Donald Trump to signal their anger and resistance.

Lack of leadership in America has hampered the response to the pandemic outside the country’s borders, too. The world’s sole superpower has long taken the lead on global public-health efforts, and without it, consensus is that much harder to forge. And the mood in many countries is one of retreat from multilateralism and co-operation via international institutions. It is hard to see that trend reversing, since the disease is hitting government revenues hard everywhere. Generosity, no matter how beneficial for donor as well as recipient, is in short supply when budgets are being squeezed.

It is not enough for there to be a vaccine: people have to be willing to take it. And on this, too, Americans are lagging behind. A recent poll by Gallup found that one in three would not agree to receive an FDA-approved vaccine, even if it were free. But here the news is more favourable. The latest research, Mr Gates explained, suggests that the other coronaviruses in circulation, and partial immunity afforded by vaccines already in use for other diseases, already grant a measure of protection against covid-19. It is also not as contagious as some other diseases. The current best estimate is that 30-60% of the world’s population will need an effective vaccine in order to halt the pandemic. “Fortunately, this isn’t measles. We don’t need over 90% of people to take the vaccine.”

In 2000, when Mr Gates stepped down as Microsoft’s chief executive, the Gates Foundation launched GAVI, a global alliance for providing vaccines in poor countries. His involvement in vaccines for polio and measles have made him an expert in ensuring equitable distribution—especially in poor countries. And this is where Mr Gates’s outlook is most positive. He believes the covid-19 vaccine will be the fastest ever made. If it is ready for distribution in the time he predicts, it will be by far the quickest vaccine ever to come to market.

The world is on track to meet this target. More than 150 vaccines are being developed worldwide, with six in final, large-scale clinical trials. Mr Gates has already donated hundreds of millions to the cause. He is willing to donate a lot more. But money from private foundations has limits—governments have to take the lead, he thinks, both because it is their health-care infrastructure that will have to be used for distribution, and in order to gain public support and trust. So far they have pledged a mere $10bn or so to global efforts to manufacture and distribute vaccines. This is not enough.