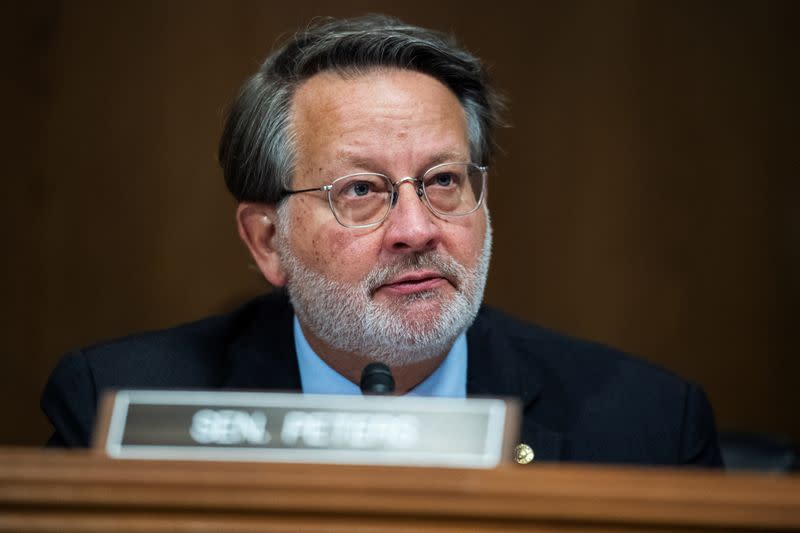 WASHINGTON (Reuters) – Four U.S. Senate Democrats on Friday pressed new Postmaster General Louis DeJoy about complaints from Americans about slow delivery since he took office in June and whether service problems could hinder attempts to mail in 2020 election ballots during the pandemic.

Gary Peters, top Democrat on the committee overseeing the Postal Service, along with Amy Klobuchar, Tom Carper and Charles Schumer sought answers about mail delivery under DeJoy, a top supporter of U.S. President Donald Trump who was also finance chair for the 2020 Republican National Convention.

“Recent concerns raised by constituents and postal workers have brought to light questionable changes under your leadership now taking place in post offices and processing centers across the nation that may negatively impact mail delivery,” the senators wrote DeJoy who took office in June. “It is essential that the Postal Service not slow down mail or in any way compromise service.”

The senators raised concerns that delaying mail deliveries could hinder attempts to mail in ballots for the 2020 election by Americans nervous about voting in person during a pandemic.

Trump has repeatedly said he believes millions of mail-in ballots would cause problems.

On July 20, senior House Democrats warned in a letter that “increases in mail delivery timing would impair the ability of ballots to be received and counted in a timely manner — an unacceptable outcome for a free and fair election.”

A Postal Service spokesman said the agency “is taking immediate steps to increase operational efficiency by re-emphasizing existing plans that have been designed to provide prompt and reliable service within current service standards.”

He added the “Postal Service is developing a business plan to ensure that we will be financially stable” that will be presented to the Board of Governors when it is finalized.

The Postal Service has faced financial woes with the rise of email and social media, and a measure passed in 2006 requiring it to prefund 75 years of retiree health benefits over the span of 10 years at a cost of more than $100 billion.

5 facts about public opinion in Spain as its election nears