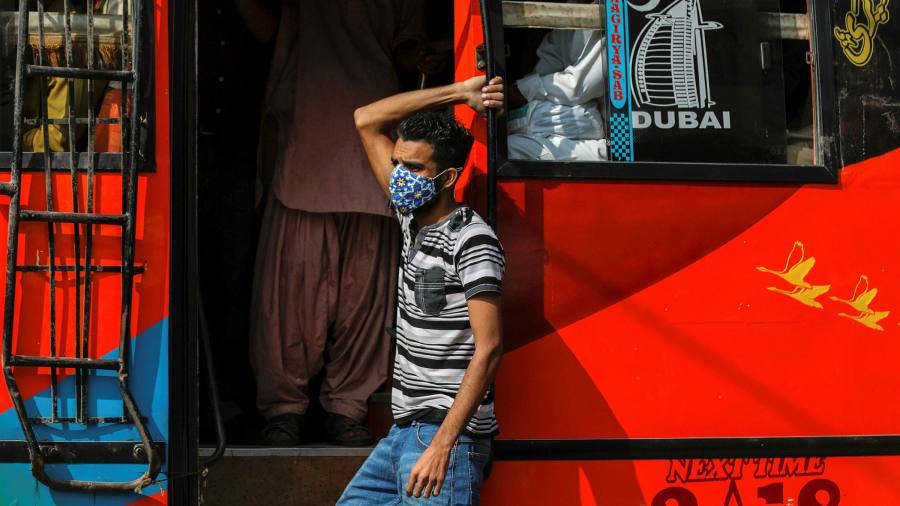 Talks between Pakistan and the IMF to restart a $6b loan programme have stalled over Prime Minister Imran Khan’s refusal to introduce unpopular measures, say senior government officials.

Formal discussions to release a tranche of funding have been pushed back over concerns from Islamabad that instituting the reforms tied to the loan would provoke a backlash from the hard-hit middle class.

An IMF team that was expected to visit Islamabad in October has not yet arrived “as the fund is waiting to know if we are willing to take other steps to reduce the [fiscal] deficit”, said one of the officials.

“In view of coronavirus this year, our economy continues to underperform. Tax revenues are down,” he added.

The sticking points between Islamabad and the IMF on resuming the programme include raising electricity tariffs, higher tax collection targets and increasing the repo rate, which was lowered to 7 per cent in June from 13.25 per cent earlier in the year.

Pakistan’s economy has not suffered as big of a shock from the pandemic as neighbouring India. The Asian Development Bank projected that the economy would contract 0.4 per cent in 2020 but would expand 2 per cent next year. Mr Khan has spurred growth by unveiling large incentives for the construction sector.

We are in a debt trap that is entirely of our own making. It is a risk to our national security

But analysts said Pakistan needed to enter the IMF programme to meet its debt repayments and unlock more funds from international financial institutions, such as the World Bank, as well as complete a planned $1bn eurobond.

Pakistan’s external debt and liabilities have grown from $95bn in 2018 to almost $113bn in 2020, with a subsequent rise in debt servicing, according to the State Bank of Pakistan in its annual report released on Wednesday.

“We are in a debt trap that is entirely of our own making. It is a risk to our national security,” said the Institute for Policy Reforms, a Lahore-based think-tank.

Sakib Sherani, an economist and former adviser to the finance ministry, said protests launched by Pakistan’s opposition parties against Mr Khan “have made it more difficult for the government to adopt unpopular measures. Tough reforms are always painful. Right now is not a good time for painful measures.”

Miftah Ismail, a former finance minister and opposition leader, said that an agreement forged by Mr Khan and the IMF to reduce the fiscal deficit appeared to be unravelling. “A plan for reforming the tax collection system so far does not appear to be working,” said Mr Ismail.

Pakistan is under additional pressure after Saudi Arabia demanded $1bn repayment of part of a $3bn loan and froze an oil credit facility worth more than $3bn. Officials in Islamabad said there were concerns that Riyadh might ask for even more. That would force Pakistan to seek further loans from China.

“Imran Khan would not be so keen on a [fiscal] tightening again, especially when you factor in that there is political pressure,” said Ali Farid Khwaja, an analyst at brokerage Khadim Ali Shah Bukhari Securities in Karachi, “but going into an IMF programme is critical.”

A government official told the Financial Times that Pakistan was hoping to resume talks by the end of November, but there had been no confirmation from the IMF.