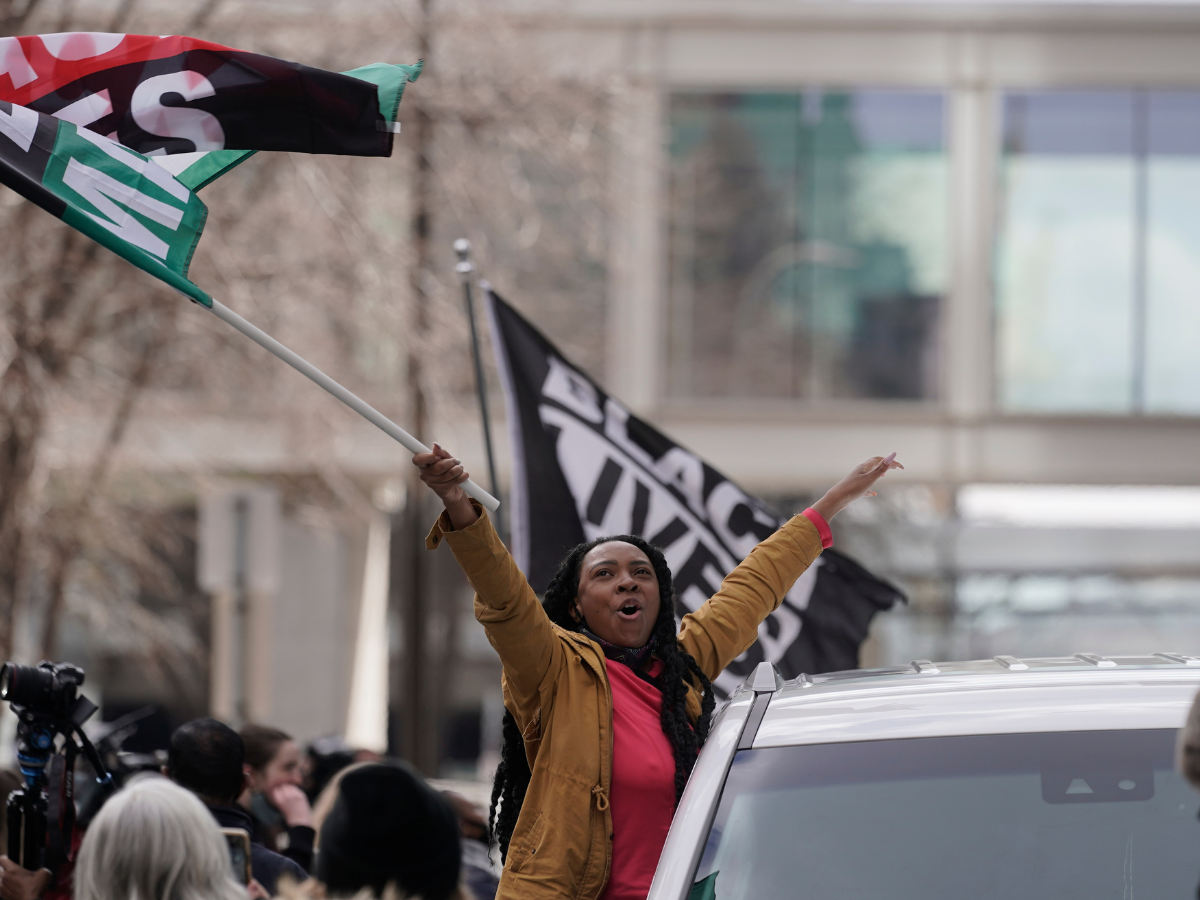 Just outside the entrance to Smile Orthodontics, in a Minneapolis neighborhood of craft breweries and trendy shops, two soldiers in jungle camouflage and body armor were on watch, assault rifles slung over their backs. Snow flurries blew around them. A few steps away at the Iron Door Pub, three more National Guard soldiers and a Minneapolis police officer stood out front, watching the street. A handful of other soldiers were scattered nearby, along with four camouflaged Humvees and a couple police cars.