Trump’s loss to President-elect Biden has made it difficult for Republicans to celebrate victories down ballot, while Democrats have been stung by the failure to meet expectations created by polling that suggested a blue tsunami. Brendan Smialowski /AFP via Getty Images hide caption 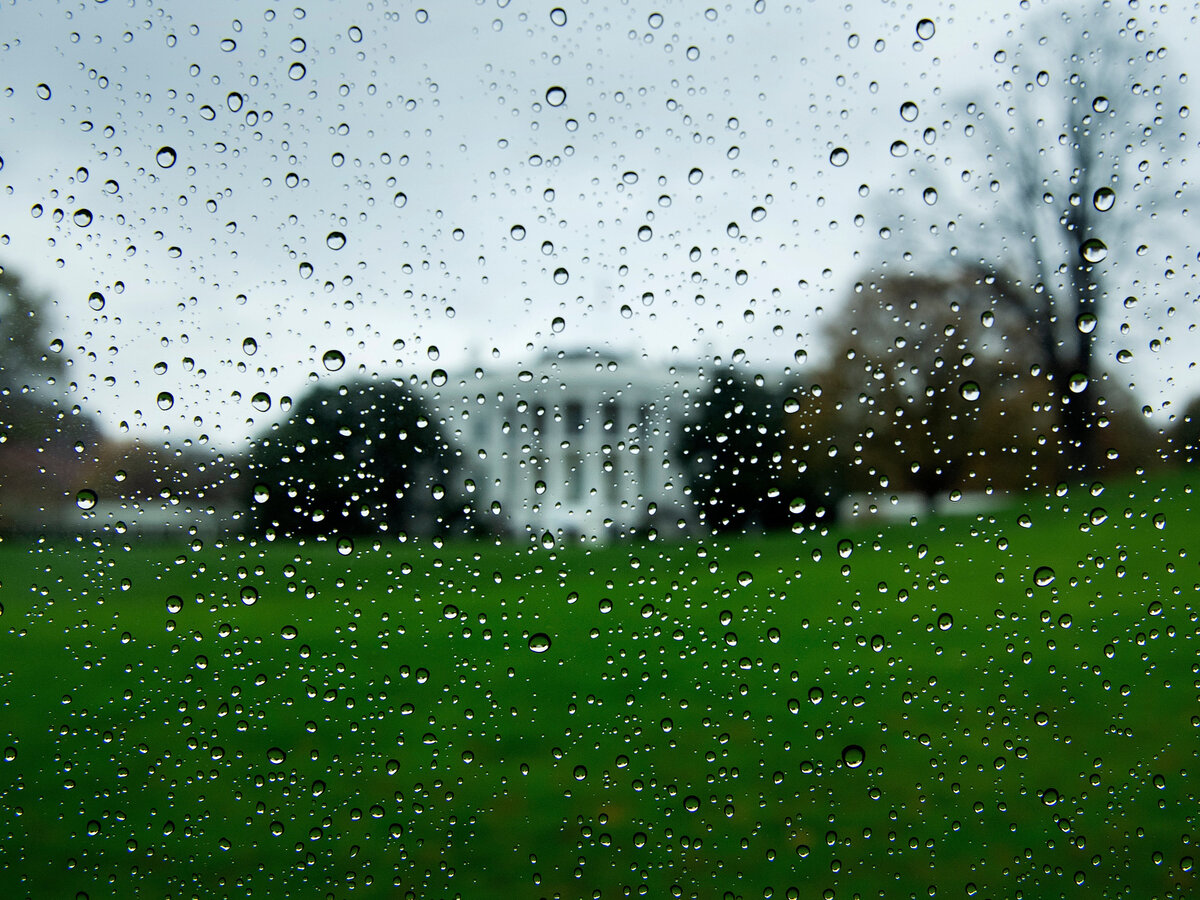 Trump’s loss to President-elect Biden has made it difficult for Republicans to celebrate victories down ballot, while Democrats have been stung by the failure to meet expectations created by polling that suggested a blue tsunami.

This year’s election was among the most anticipated and perhaps most consequential in U.S. history.

But it was not an easy election to celebrate. The results rolled in over several days and sometimes seemed confusing. Even now, President Trump has refused to concede. While the outcome is not really in doubt, it is still disputed by the ousted president and his most fervent followers.

Like two teams that meet in the seventh game of a World Series, both parties bought champagne for Election Night. But in this instance, it was hard for either to pop the corks. Days went by. The bubbly got warm and went flat.

It was not just the delay that spoiled the party. And this is not a case of post-election hangover. This was simply a sobering election.

The entire campaign was off-kilter because of the pandemic, which disrupted the later primaries and forced convention planners to largely abandon their host cities and substitute online productions. Rallies and bus tours were restrained, although President Trump revived his in-person events in the closing weeks with apparent effect.

In the end, though, the most sobering element for both parties may have been the mixed message handed down by the voters. It was hard for either party to claim a mandate or find a sense of validation.

We now know that Joe Biden got a bigger percentage of the popular vote than any challenger to a sitting president since FDR beat Herbert Hoover in 1932. Yes, even larger than Ronald Reagan’s share of the popular vote in beating Jimmy Carter in 1980 or Bill Clinton’s in beating George H.W. Bush in 1992. (Both Reagan and Clinton won three-way contests that included a strong independent candidate.)

But as badly as Democrats wanted to defeat Trump, they have been sobered by their down-ballot frustrations and internal divisions over what caused them. Biden’s win, though substantial in both the popular vote and the Electoral College, did not translate to commensurate success for the Democrats in Congress or elsewhere.

In fact, while the party may yet achieve control of the Senate if it can win two runoff elections in Georgia come January, it lost significant ground in the House and in the state legislatures that will draw the new voting district maps for the next decade.

What stung the most for Democrats was the failure to meet expectations created by polling that suggested a blue tsunami and a new progressive era in American politics driven in part by changing demographics. That they fell so far short of this must temper their sense of joy at recapturing the White House.

For generations, both parties have dreamed of emerging as the dominant power in our national life. Sometimes they think they are just about to live the dream. Then the voters wake them up.

Democrats sometimes long for the mid-1960s, when President Lyndon Johnson had huge majorities in Congress and passed the Voting Rights Act, Medicare and other parts of what was to be the “Great Society.” But that brief era ended with the elections of 1966 and 1968 and an era of conservative pushback.

Republicans have been talking since the 1980s about realignment, and they have taken over in most of the South and much of the Midwest. The party has also greatly improved its appeal to working-class white voters across the map. The years of Barack Obama’s presidency helped the GOP consolidate power in much of the country. In fact, when Donald Trump took the oath of office in 2017, Republicans held more levers of power in Washington and in more states than they had in a century.

Yet just four years later their Washington role has been reduced again to playing defense.

To be sure, there were new candidates and old in both parties who rose up, or broke through or beat the odds in 2020. There were upstart winners and enduring veterans such as Susan Collins (R-Maine), who outran the top of her party’s ticket by more than 55,000 votes in her home state. There was the impressive recruitment story that led to Republicans capturing Democratic seats with candidates who were women, minorities or military veterans.

But it is difficult for the Republican Party to celebrate when President Trump has been defeated. And the task of recovery is made all the more challenging by his inability to recognize that reality.

By refusing to concede — and indeed insisting he has in fact won — the president not only prolongs the process, but puts on hold the sense of closure that his party — and the country as a whole — expects and deserves.

That, too, has a depressive effect on the national mood.

No concession, no closure

Concessions have often been done with great grace and humility, but that is not their essential function. Congratulations need not be sincere, or even conveyed.

What matters is the acknowledgment of the outcome itself. That is what is basic to democracy and essential to good governing at all levels. Withholding it creates anxiety in the national mood and uncertainty in the administration of public authority.

In the weeks ahead, much of this will be resolved. The president will have to make his peace, even in his own way, with his electoral fate. But the outlook for our politics in the near and visible future has been clouded, and is likely to remain so.

We must deal with the pandemic, and do it despite the restraints of divided government. We surely must deal with a divided electorate, where more than 70 million people voted for the president, most with great enthusiasm. Despite Joe Biden’s victory in both the electoral college and in popular vote, they have been told their guy might have won, and they are bound to wonder.

We also know that, even in the midst of the highest turnout rate in more than century, tens of millions — roughly a third of all eligible voters — did not participate. And millions of those who did participate used their votes to say, in effect, that the promises of democracy were not being fulfilled for them. And that may be the most sobering message of all.