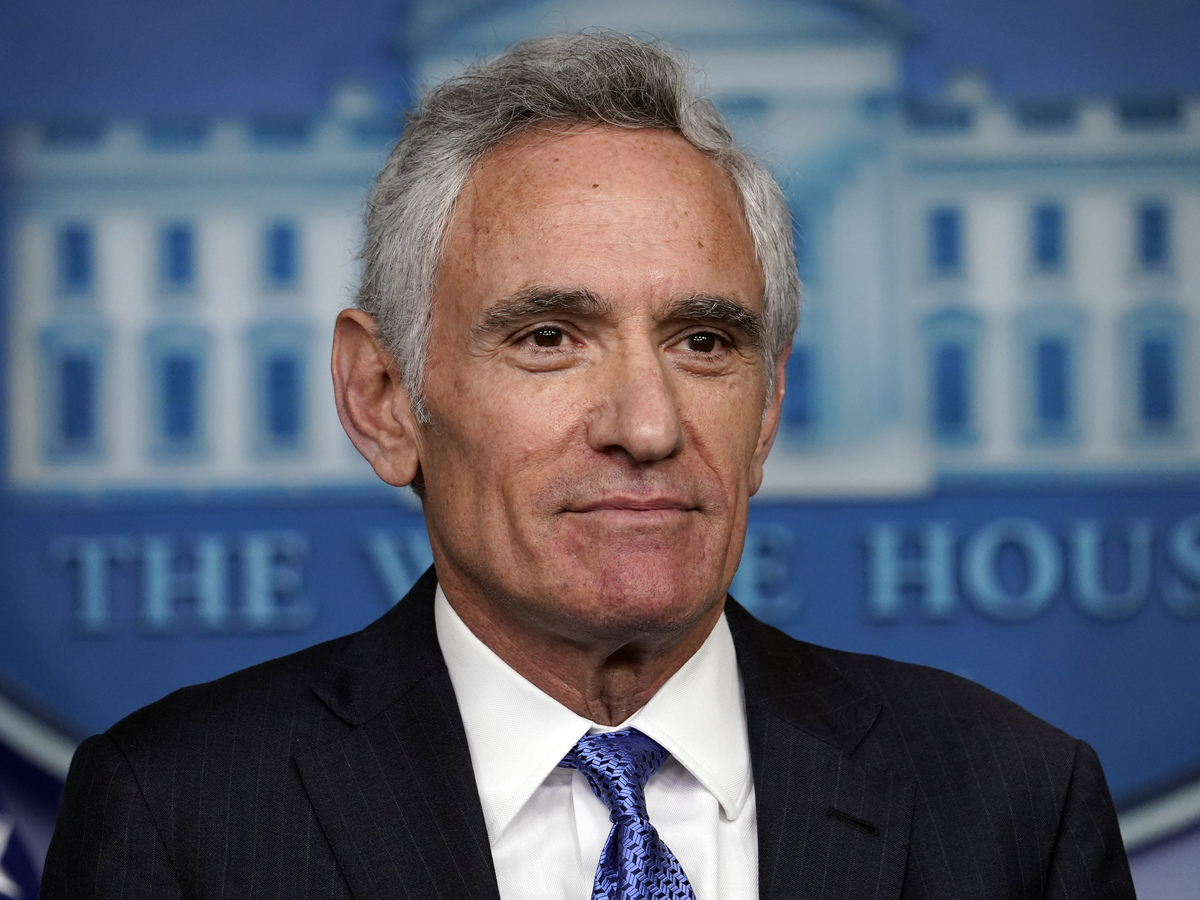 Atlas, who is not an infectious disease expert and whose brief stint was marred by blunders and controversy, was tapped by the Trump administration to serve as Special Advisor to the President of the United States, in August. Since then, “the MRI guy” has repeatedly been at odds with the nation’s leading health officials regarding his views on how to combat the spread of the virus, including members of the White House Coronavirus Task Force.

But throughout his tenure, he has insisted all of the guidance he’s offered was based on scientific research.

“I worked hard with a singular focus—to save lives and help Americans through this pandemic,” Atlas wrote in a resignation letter posted to Twitter.

He added that he “always relied on the latest science and evidence, without any political consideration or influence.”

“As time went on, like all scientists and health policy scholars, I learned new information and synthesized the latest data from around the world, all in an effort to provide you with the best information to serve the greater public good,” Atlas wrote.

Fox News reported that Atlas’ role was set to expire at the end of the week.

Trump was attracted to Atlas’ views, which put the economy first, but public health experts were appalled by his lack of scientific rigor.

Among the theories that most worried experts is Atlas’ belief that allowing the coronavirus to spread would eventually result in “herd immunity,” describing it as a “basic principle” of biology and immunology.

“In April on the conservative Steve Deace Show, Atlas spoke in favor of allowing the virus to pass through the younger segments of the population, while trying to protect older Americans.

” ‘We can allow a lot of people to get infected,’ he said. ‘Those who are not at risk to die or have a serious hospital-requiring illness, we should be fine with letting them get infected, generating immunity on their own, and the more immunity in the community, the better we can eradicate the threat of the virus.’ “

Atlas’ field of expertise is in magnetic resonance imaging. He wrote a book on the subject and co-authored numerous scientific studies on the economics of medical imaging technology. He was also a professor and chief of neuroradiology at Stanford University Medical Center from 1998 to 2012, according to a university biography.

“He’s an MRI guy … He has no expertise in any of this stuff,” Dr. Ashish Jha, the dean of the Brown University School of Public Health told NPR, referring to the COVID-19 pandemic that has killed nearly 267,000 people in the U.S.

“He’s been bringing out arguments that have been refuted week after week, month after month, since the beginning of this outbreak,” Jha added.

Atlas also made numerous political blunders during his brief stint, including a lengthy interview with Russian state media that ran just days before the U.S. presidential election.

He later apologized for the misstep saying he “was unaware they are a registered foreign agent.”

“I regret doing the interview and apologize for allowing myself to be taken advantage of,” Atlas said in a tweet. “I especially apologize to the national security community who is working hard to defend us.”

And earlier this month, Stanford University appeared to distance itself from Atlas following his remarks that residents of Michigan should “rise up” against the state’s new coronavirus restrictions.

Atlas took a leave of absence from his position as a senior fellow at the Hoover Institution, a conservative-leaning think tank based at the university, to serve as an advisor to the president.

As recently as late October, Atlas was believed to be among Trump and the Vice President Mike Pence’s closest advisors on the pandemic, Dr. Francis Collins, director of the National Institutes of Health, told NPR.

Atlas has been highly critical of the lockdowns enforced by various state and municipal leaders — a strategy he continued to oppose in his farewell letter.

Since Atlas began his job in August, nearly one hundred thousand people have died of COVID-19 in the U.S.

Atlas did have encouraging words for the incoming Biden Administration.

“I sincerely wish the new team all the best as they guide the nation through these trying, polarized times,” Atlas wrote. “With the emerging treatments and vaccines, I remain highly optimistic that America will thrive once again and overcome the adversity of the pandemic and all that it has entailed.”