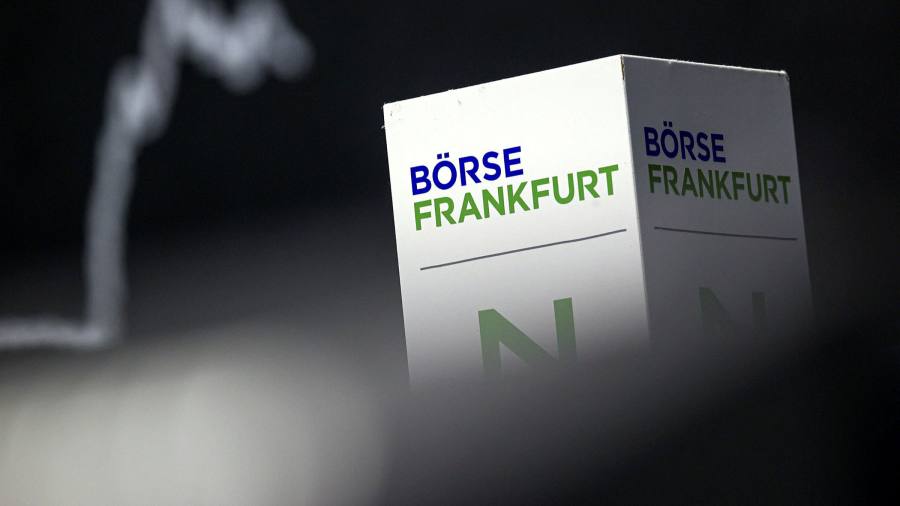 Deutsche Börse has agreed to buy a majority stake in Institutional Shareholder Services in a deal that values the shareholder advisory group at €1.9bn and marks the latest in a string of deals among the world’s largest exchanges.

The German group said on Tuesday that it will buy an 80 per cent stake in ISS, which advises big investors on how to vote at annual shareholder meetings, from US private equity firm Genstar Capital. It plans to finance the deal with around €1bn of debt and the rest in cash.

The world’s largest exchanges have largely sailed through the coronavirus pandemic. Equity valuations for many of the biggest operators have rebounded because corporate profits have been supported by electronic trading and high customer demand for data and indices.

The value of exchange industry mergers and acquisitions this year is the second highest on record, behind only last year, and the 24 deals have already surpassed last year’s total number of 19, according to data from FactSet.

Since its merger with the London Stock Exchange was blocked in 2017, Deutsche Börse has expanded into foreign exchange, indices and analytics, and investment fund distribution.

ISS, which advises more than 4,000 asset managers, competes with Glass Lewis. It also has an emerging subsidiary that advises shareholders on environmentally and socially responsible investment policies. This year it is expected to record revenues of $280m and a 35 per cent profit margin. Deutsche Börse forecast that the shareholder advisory group would grow at an organic rate of 5 per cent a year until 2023.

ISS’s management, led by chief executive Gary Retelny, will retain a 10 per cent stake following the deal, as will Genstar. Mr Retelny will lead ISS after it is completed.

Deals in the exchange sector in recent months include Intercontinental Exchange’s $11bn purchase of Ellie Mae, the mortgage software provider; and an agreement by the LSE to sell Borsa Italiana to Euronext for €4.3bn, rebuffing an offer from Deutsche Börse along the way. The deal is expected to close in the first half of next year.