Voters in California have approved US$5.5 billion in funding for stem-cell and other medical research, granting a lifeline to a controversial state agency. But scientists are split over whether the California Institute for Regenerative Medicine (CIRM) in Oakland is a worthwhile investment for the US state — or for the field of stem-cell research.

A measure to authorize new funds for CIRM, called Proposition 14, appeared on California ballots in the recent US election. After more than a week of vote counting, on 12 November the Associated Press announced that California passed the proposal, which will be paid for with a state bond sale.

But critics of CIRM are concerned about oversight at the state agency, which has faced complaints about potential conflicts of interest among its board members for years. They also point out that the field has grown and now receives federal support, making state funding hard to justify — especially amid a pandemic that has imperilled California’s economy.

“Unfortunately, Proposition 14 sets a bad example for the use of public money for the advancement of science,” says Zach Hall, a neurobiologist who led CIRM as its first president between 2005 and 2007.

“As scientists, everybody always welcomes additional funding,” says Arlene Chiu, former director of scientific activities at CIRM. “But as a Californian, one wonders if there are better ways to do this.”

Launched 16 years ago, CIRM drew top researchers to the state, and put California on the map as a hub for regenerative-medicine research. With CIRM’s original $3 billion in state money running out last year, California property developer Robert Klein — an advocate for stem-cell research after his son was diagnosed with type 1 diabetes, and the agency’s original backer — began canvassing support for new funding. His efforts landed Proposition 14 on this year’s ballot.

“It is extraordinary that the patient advocacy groups and the medical societies and the scientific societies have been able to act as a single coalition to reach millions of California voters,” says Klein, who co-wrote the 2004 ballot measure creating the agency and served as the institute’s founding chair until 2011. 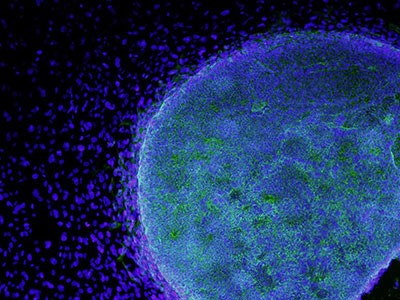 Some scientists are proponents for the agency, and say that the financial boost could push the field of regenerative medicine forward. “It is very exciting that Prop. 14 passed and that CIRM will continue its funding,” says Cato Laurencin, a biomedical engineer at the University of Connecticut in Farmington, who is not funded by the institute. “This field is at a bit of an inflection point in terms of our understanding of stem-cell science.”

The approved proposition will cost Californians $260 million annually for the next 30 years. Some of the money will go towards training scientists and building new facilities; $1.5 billion of the total funds has been earmarked for research on brain disorders such as Parkinson’s disease and Alzheimer’s disease, for which treatments have been elusive.

CIRM emerged in 2004, when stem-cell research was a nascent field. Stem cells’ ability to renew themselves and to transform into a variety of other cell types offered the promise of treatments for challenging conditions such as heart disease and stroke, in which cells are irreversibly damaged. Much work at the time relied on stem cells obtained from human embryos donated by fertility clinics. Citing ethical concerns about the destruction of fertilized embryos, in 2001, US president George W. Bush severely restricted research in this area, and the science hit a wall.

So three years later, CIRM’s launch was a boon. “It gave a tremendous boost to the field at a time when things looked very bad,” says Hall, who joined the agency in its earliest months.

CIRM has since handed out (as of June 2020) $2.7 billion in grants to California scientists studying a variety of diseases, including diabetes, AIDS and leukaemia. It has built a dozen research facilities, funded over 60 clinical trials, and, according to an independent, agency-funded report, helped create more than 56,500 jobs in the state.

But the agency has also drawn criticism for poor management of its public funds. A 2012 Institute of Medicine report pointed out that CIRM’s policy of allowing board members to vote on grants or issues benefiting their institutions posed a potential conflict of interest. Unusually for a public agency, it is not overseen by any state bodies. 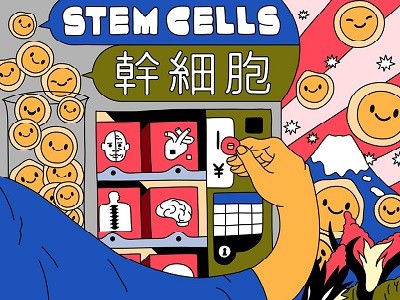 “There were too many cases in which the ethics were strained to the limit,” says Jeanne Loring, a geneticist at Scripps Research in La Jolla, who has received more than $22 million as a principal investigator on CIRM projects.

Spokesperson Kevin McCormack says while CIRM is not overseen by any other agency, the organization submits reports about its activities to the State Controller “several times a year,” and faces a financial audit annually.

A proposition for improvement

CIRM attempted to address some of the criticism in 2013, when it asked board members from agency-funded universities to abstain from voting on grants, among other changes.

Loring thinks Proposition 14 presented an opportunity to instate stronger safeguards against bias in grant review, but fell short. “It didn’t fix any of those things,” she says.

And former CIRM president Hall says that Proposition 14 doesn’t describe a clear scientific vision or take into account how the field has been transformed since 2004. For one thing, in 2009 President Obama removed restrictions on federal funding for stem-cell research. In 2019, the US National Institutes of Health handed out more than $2 billion for stem-cell research. “You could argue that California would do better, economically and scientifically, to have a CRISPR institute,” Hall says, arguing that the revolutionary precision gene-editing tool is better placed to benefit from such a huge infusion of cash.

Responding to the criticisms, Klein says he crafted the proposal with the guidance of multiple groups of experts, and kept the mandate deliberately broad to allow for flexibility as the field grows. “There’s an intent here,” he says, “to have the agency be responsive to the development of science.”