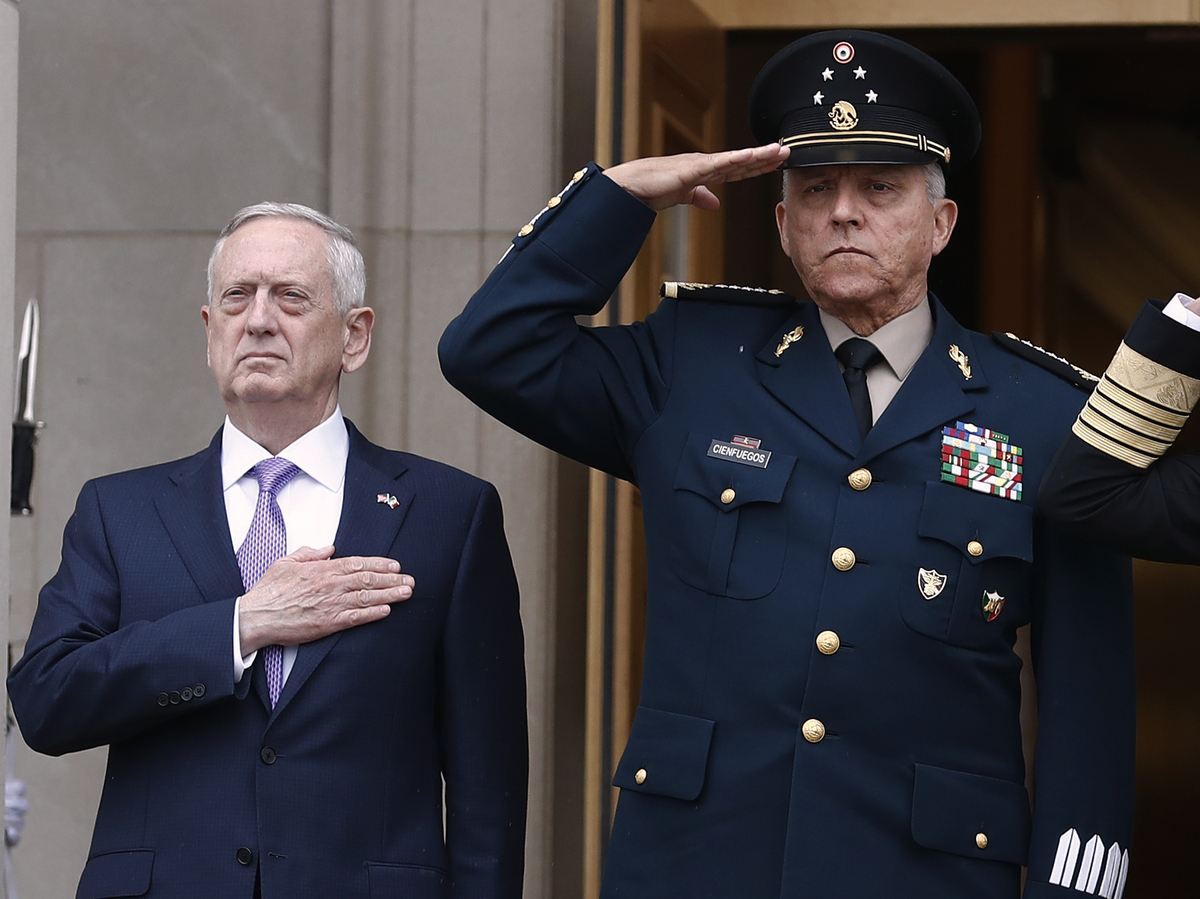 At the request of the U.S. government, a New York federal judge has dropped all drug trafficking and conspiracy charges against Mexico’s former defense secretary, Salvador Cienfuegos Zepeda.

During a Wednesday morning hearing, U.S. District Judge Carol Bagley Amon said she found no reason to “doubt the sincerity of the government’s position” and granted the request. U.S. Attorney General William Barr had asked for the dismissal, stating that important foreign policy considerations outweighed the government’s prosecution interests in the case.

Yesterday, Barr issued a joint statement with Mexico Attorney General Alejandro Gertz Manero, requesting that charges against Cienfuegos be dropped. They cited as reasons for the request the “strong law enforcement partnership between Mexico and the United States” and that Cienfuegos would face justice in Mexico.

Barr’s request is a stunning exception to the U.S.’s long skepticism of Mexico’s ability to arrest and prosecute major crime figures. Most high-profile drug traffickers are extradited to the U.S. for prosecution, the most famous being Sinaloa Cartel leader Joaquín “El Chapo” Guzmán Loera, who was sent to the U.S. in 2017. Guzmán was convicted and sentenced to life in a U.S. prison last year.

Cienfuegos’ arrest last month at Los Angeles International Airport angered top Mexican officials, who say they were not aware or informed of any investigation of the former defense secretary.

Cienfuegos was accused of conspiring with the H-2 Cartel, which operates out of Nayarit state on Mexico’s Pacific Coast, to smuggle thousands of kilos of drugs. Prosecutors said they had intercepted thousands of messages showing that Cienfuegos, dubbed “The Godfather,” had taken bribes from gang members and even introduced cartel leaders to other corrupt officials.

Mexico Foreign Minister Marcelo Ebrard Casaubon sent a diplomatic note protesting the arrest and had twice spoken to Barr about the case, insinuating that further cooperation in the fight against drug trafficking could be compromised if the case against Cienfuegos went forward.

In her ruling Wednesday, Amon did seem uncertain of the government’s decision to drop the case against such a “significant figure” facing “very serious charges.” She said “the old adage ‘a bird in the hand’ comes to mind,” but that she didn’t question the government’s determination that Mexico would prosecute Cienfuegos.

Based on the remarks of Mexico’s top officials, however, Cienfuegos’ fate back home is not such a sure thing.

Ebrard said Cienfuegos would return as a free man. There is no arrest warrant pending for him. President Andrés Manuel López Obrador said Mexico has all the U.S. evidence in the case against Cienfuegos and prosecution would be left up to the attorney general’s office. Gertz has not spoken publicly and a spokesman for his office said there would be no comment about the case.

López Obrador, who has a close relationship with the Mexican military and has given the armed forces wide responsibility in the country, was under much pressure to help Cienfuegos, a retired general in addition to former defense secretary.

While López Obrador said there will be no impunity for anyone in Mexico, he added, “At the same time crimes will not be allowed to be fabricated. There must be support, evidence. No person can be the victim of an injustice.”