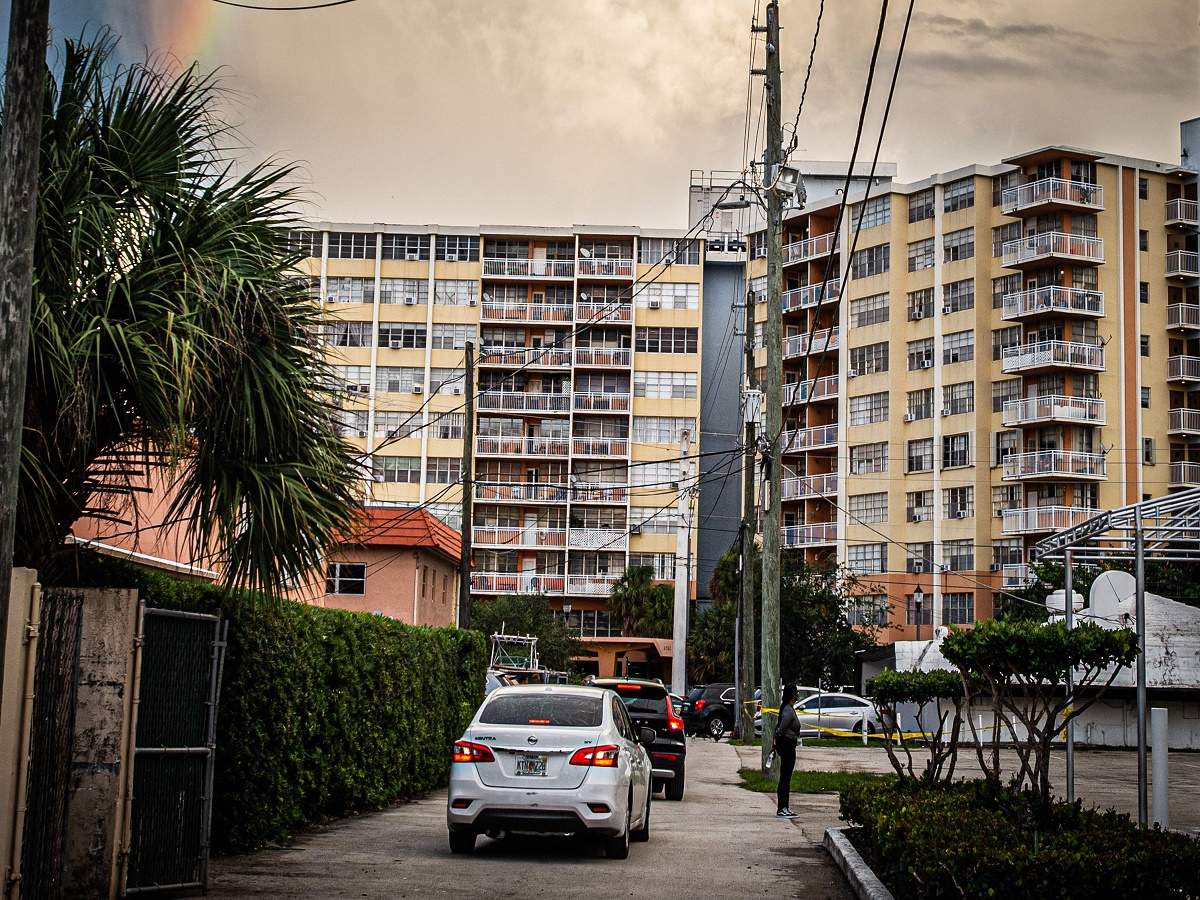 Residents of a Miami-area high-rise loaded clothes and valuables into suitcases, laundry baskets and wagons and wheeled them to waiting cars after they were forced to evacuate the building when it was found to be unsafe in a review prompted by the deadly collapse of a building just a few miles away.